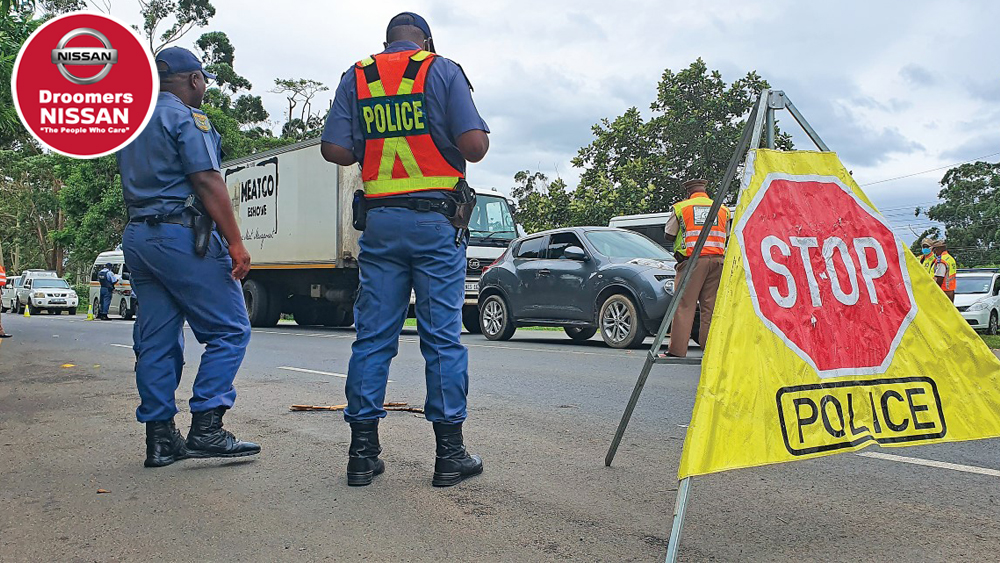 While it is uncertain what role the police and army will play going forward, they will likely still play a role in ensuring people comply to lockdown regulations. While there are have been occasions where officials abuse their power, the majority are simply doing their job to reduce the strain that a massive amount of infections will place on the country.

If you encounter a roadblock during this time, do your part to ensure officers can do their job with as little hassle as possible. If you need to go grocery shopping, go to the shop that is closest to you and minimise your time on the road. If you do you encounter a roadblock on one of these errands, simply explain what you're doing and don’t immediately become confrontational.

If you are travelling to work, make sure your employer has provided you with a Form Two permit and keep it in your car at all times. Do not abuse the permits to do things that you shouldn't either. Additionally, make sure you follow other rules set out for travel: limit car occupants to three, wear a face mask if you didn’t isolate with your passengers or if an officer approaches your car.

Unfortunately, social media abounds with videos of people who appeared to be mistreated by officials.  In some instances, it could be true but in other instances the video shows one side of the confrontation. Ultimately, the majority of officials are upstanding and law-abiding and should you not give them reason to mistreat, you will not be mistreated in the majority of instances.

If, however, you are immediately confrontational or annoyed with the restrictions, the chance of it ending badly are higher. Just like any other person, these officials are simply doing their job. If you provide information and the documents quickly and efficiently, the interaction will be over quickly. Certain responses will inevitably elicit certain reactions.

If you remain suspicious of authorities, there are certain things you can do to safeguard yourself without conflict. You are within your right to request identification from the officer at the start. You are also within your right to film the interaction, however, this could change the atmosphere between yourselves. Rather consider having your camera ready in case things go bad but avoid greeting an official with a camera in their face.

If you feel threatened or discriminated against at a roadblock, you can call 10111. Do not lose your temper and remain calm at all times. Remain compliant with the officer, even if you feel you are being treated unfairly. You can lodge a complaint with the IPID at a later stage. If you become aggressive, an officer could arrest you. If you can avoid this altogether and raise the issue later through formal channels, the whole incident will be much less stressful and even traumatic.

Remember, this is a stressful time for South Africans. While you can't control what a police officer does, you can control your reaction. Remain calm and don’t incite the situation especially if it is already volatile.