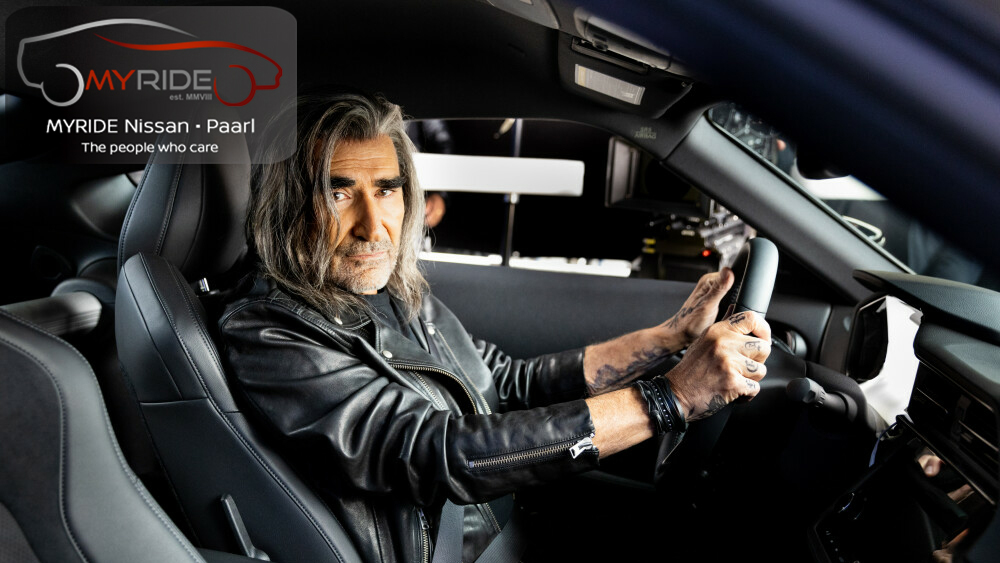 Nissan is back in the Super Bowl with one message: a thrilling drive changes everything

Getting behind the wheel of an iconic car can completely transform your attitude. Nissan's Super Bowl commercial brings that unique confidence to life with an equally iconic cast.

"It was a big decision for us to get back into this game; the timing was perfect to put the 'new' Nissan on a bigger stage," said Allyson Witherspoon, vice president and chief marketing officer, Nissan U.S. "This ad takes Nissan's Thrill campaign to the next level. We have an incredible cast, it is beautifully produced, and it is action packed. We wanted to show how one ride in a Nissan can truly change everything. This is a launching point for the Nissan Ariya and Z, and we will make a big splash on this global stage."

Thrill Driver's story unfolds with Levy walking through a studio lot, enjoying his morning coffee, when he happens upon Larson and the all-new 2023 Nissan Z.

Intrigued by the car, Levy demurs Larson's offer to take the Z for spin, quipping, 'coffee is enough excitement for me.' Without much persuading, Levy leaves the studio lot in the Z and heads out for a ride through Los Angeles – driving modestly at first. As Levy begins to 'feel' the thrill of Z, he surrenders to the drive and starts shifting the manual transmission like a pro.

Feeling a little more like a rock star behind the wheel of the Z, Levy pulls up next to Catherine O'Hara on the street, who happens to be driving a Nissan Ariya. O'Hara is more than a little surprised to see Levy in the brightly colored sports car. Her reaction says it all.

The transformation continues; it can't even be stopped when Levy is forced to stop at a traffic light, passing a cafe where Danai Gurira and Dave Bautista are talking about a script. They notice Eugene in the Z – they've never seen him in this "cool, badass" light. As the light turns, and Levy enforces the Z's 3.0-liter twin-turbocharged V-6, both Gurira and Bautista get the same idea.

Within moments Levy is the star of a high-octane, pedal-to-the-metal action film titled "Thrill Driver." Gurira and Bautista morph into his co-stars, working with Levy to thwart bad guys. Behind the wheel of the Nissan Z, Levy is transformed: his tiny spectacles are replaced by cool shades, long hair flows, he sports a five o'clock shadow, knuckle tattoos, and a black leather jacket. In the movie's climactic ending, Levy delivers an iconic action-movie one liner, "Cock-a-doodle-do", before performing a death-defying stunt in the Z.

We come back to reality in a packed movie theater with an audience watching the film's premiere; they can't get enough of this new, thrilling Levy. After the show, Levy and his costars leave the theater through a crowd of reporters and fans, headed out to take off in the all-new Nissan ARIYA. Levy's life was completely transformed thanks to the thrill of that one drive in the Nissan Z. Larson, however, is done with giving up the keys!